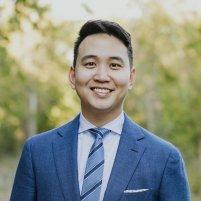 Facial pain, when it’s not caused by an injury or a headache, often results from conditions such as trigeminal neuralgia, glossopharyngeal neuralgia, or atypical oral facial pain, where certain nerves in your face become damaged. At Excelsior Pain Management in Austin, Texas, Harvard-trained and double board-certified pain management specialist, Jonathan Chin, MD, provides relief from facial pain caused by these conditions. To get expert treatment for facial pain, call the office or schedule an appointment online today.

What is trigeminal neuralgia?

Many conditions result in facial pain, including sinus infections, disorders of the temporomandibular (lower jaw) joint, and headaches. However, when facial pain is a chronic condition, the cause is most often trigeminal neuralgia, a nerve disorder resulting from irritation in the trigeminal nerves, which help you feel sensations in your face.

In the most common form of the condition, the pain from trigeminal neuralgia is extreme, sudden, and feels like an electrical shock, lasting between a few seconds and several minutes. The pain usually affects one side of your face in your cheek, jaws, teeth, gums, and lips. People with the condition go through periods of frequent attacks, which then stop suddenly until the next episode.

Does trigeminal neuralgia get worse over time?

Though trigeminal neuralgia is not a life-threatening disease, it often becomes worse over time without treatment, including more frequent and intense attacks of pain.

Trigeminal neuralgia can greatly impact your quality of life as it’s often triggered by everyday tasks that involve touching your face, like brushing your teeth or shaving, though sometimes even a light breeze can set off an attack. Because the pain is unpredictable and extreme, and the triggers may be unavoidable, many people with the condition live with anxiety about when they’ll next experience an attack.

The treatments provided at Excelsior Pain Management to control the pain of trigeminal neuralgia can make living with the condition much more manageable and slow its progression.

What treatments are available for trigeminal neuralgia?

Dr. Chin offers a range of procedures that directly target the nerves where your trigeminal neuralgia pain travels. These procedures may be more effective than medications, whose effects can wear off over time, or surgeries, which are invasive and may provide only temporary relief.

Treatment options for trigeminal neuralgia include:

Dr. Chin injects an anesthetic or anti-inflammatory medication either directly around your trigeminal nerve or peripheral nerves, which will “turn off” pain signals before they reach your brain.

In this procedure, Dr. Chin uses electricity generated by radio waves to heat up a small portion of trigeminal nerve tissue, which decreases pain signals.